How Budget Airlines Work & the Secret Behind Their Success!

Every one of us knows what an airline is, it could be the Emirates or Lufthansa, some of us might even have some experience with an airline.

Air travel is considered a luxury, well, of course, free meals and beverages, far-reaching seats, special attention from the cabin crew and other comforts kept the plane tickets almost high.

As the economic changes in the airline industry and deregulation in the 1970s and ‘80s took place, it directed to a different type of airline type, the so-called, budget airline.

What is a budget airline?

Well, a budget airline is an airline that uses scheduled or charter flights to offer bargain-basement fares. Budget Airlines are also known as no-frills airlines or inexpensive airlines. These airlines are uniquely different from traditional airlines.

Budget airlines are super cheap to fly on; they make air travel similar to the costs of everyday train travel or bus travel. Something to highlight about these types of airlines would be that, they earn great profits while being so cheap!

Let’s see how that works, you are about to learn some deep airline economics.

How do budget airlines work?

How these different types of airlines run is a whole new concept, these airlines work a lot different from how the traditional airlines conduct their operations.

These airlines cut their operating cost in various methods. Budget airlines use a strange form of competition to attract passengers and also, earn profit.

Budget airlines work in a very unique manner, the magic is by trimming their operating expenses or by cutting back on passenger luxuries, or making passengers pay for luxuries, in the sense passengers have to pay separately for the menu items which are priced separately.

Budget airlines do not serve any inflight meals or refreshments also, no alcoholic beverages, they also do not offer numbered seat allocation, basically, a budget airline is like a bus with wings!

On most budget airlines, there are no classes, the entire plane is one class, with all the seats gathered up in one cabin. You can sit where ever you prefer on your first come.

Their ticket prices are fixed, also, they do not have any refundable facilities even in cases of a cancellation or no-show. Such a bummer!

How budget airlines work efficiently is by fuel hedging, this is a wager or gamble against the future price of jet fuel.

If a budget airline assumes that the cost of fuel will rise in the near future, they can sign contracts locking in the current price for months or even years.

If fuel prices double in 12 months, the airline would be buying fuel at last year’s cheaper rate! How’s that?

However, if prices drop, budget airlines are going to be super sorry! Budget airlines also require less fuel since they are lightweight, they do not carry any inflight meals or any Wi fi equipment, this way they save a lot on fuel.

This way they can make multiple journeys and not have to pay a higher amount to the airport. Moreover, budget airlines do not employ a lot of employees, this way no money will be incurred in training the staff.

Budget airlines employ flight attendants who have the capability of doing a lot of tasks, from ticket checking to cleaning the plane, this way fewer costs will be incurred for maintenance and training.

Cut out the middle man

Budget airlines cut the middle man in their sales operations, in the sense there is no travel agent involved in their operations.

This way they save the costs that will have to be paid to the third-party outlets. Budget airlines sell their tickets through their own website or at the ticket counter in the airport.

That is how budget airlines work.

Budget Airlines are quite a lot different from traditional airlines, from the way they do their operations and to the way they run their businesses.

The experience you have may tend to be bad, but you will get a better understanding of all these airlines’ economics and how budget airlines work. 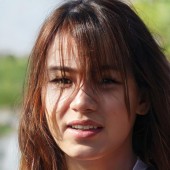 I am someone who loves to live life to the fullest and enjoy every moment. I am a traveler and love to explore new places and cultures. I believe in living a minimalistic lifestyle and enjoy the simple things in life. I am very passionate about my beliefs and enjoy sharing my perspective with others. I am always open to new experiences and love to learn new things.